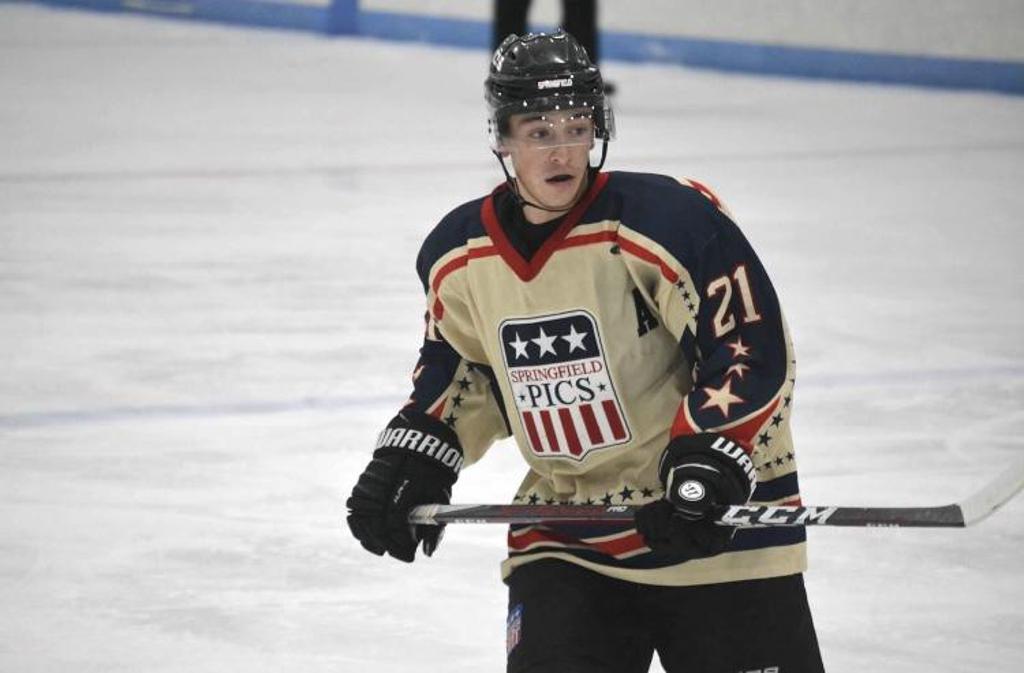 Ethan Cervonayco opened up the frame at the 12:16 mark of the 1st period with a goal shortly after a face off when the Pics were called for icing. Noah Palmer got the pass off the face off and dished it to Julian Perino, who passed it behind his back to Ethan Cervonayco who was breaking down the right hand side of the ice and put it top shelf, beating Wolfpack goaltender Adam Kampersal glove side.

Chase Reynolds continued the scoring when got his first career goal at the 14:21 mark of the 1st period shortly after a faceoff with a feed from a drop back pass from Ethan Bliss. Josh Bliss got the secondary assist.

Jake Conrad also notched his first career goal at the beginning of the 3rd power play of the game at the 15:31 mark of the 1st period. Conrad received a pass after Bouthiette won the faceoff and dished it to Josh Miller who passed it over to Conrad for the one timer top glove side.

The lone goal of the 2nd period happened in the first minute. Cameron Sporbert put the puck in the back of the net low through a screen of both Wolfpack and Pics players. Calvin Tonzi and Edvin Wilhelmsson got the assists.

Julian Perino got his first career goal at the 3:38 mark of the 3rd period after a defensive break down and went in unopposed. Luke James and Ethan Ceronayco got the assists.

Noe Turdjmann got the final goal of the game at the 9:50 mark of the 3rd during a power play. Perino dished it off to Josh Miller for the one timer and Turdjamnn deflected it down and into the back of the net.

Kampersal had 45 saves in the attempt. Pics goaltender Trent Pratt got 25 saves for the win.

CONNECT WITH US ON SOCIAL MEDIA