The Springfield Pics, proud members of the United States Premier Hockey League, would like to announce that on February 9th, Gene Bouthiette has committed to play with the Fitchburg State College Falcons for the 2019-2020 academic year. 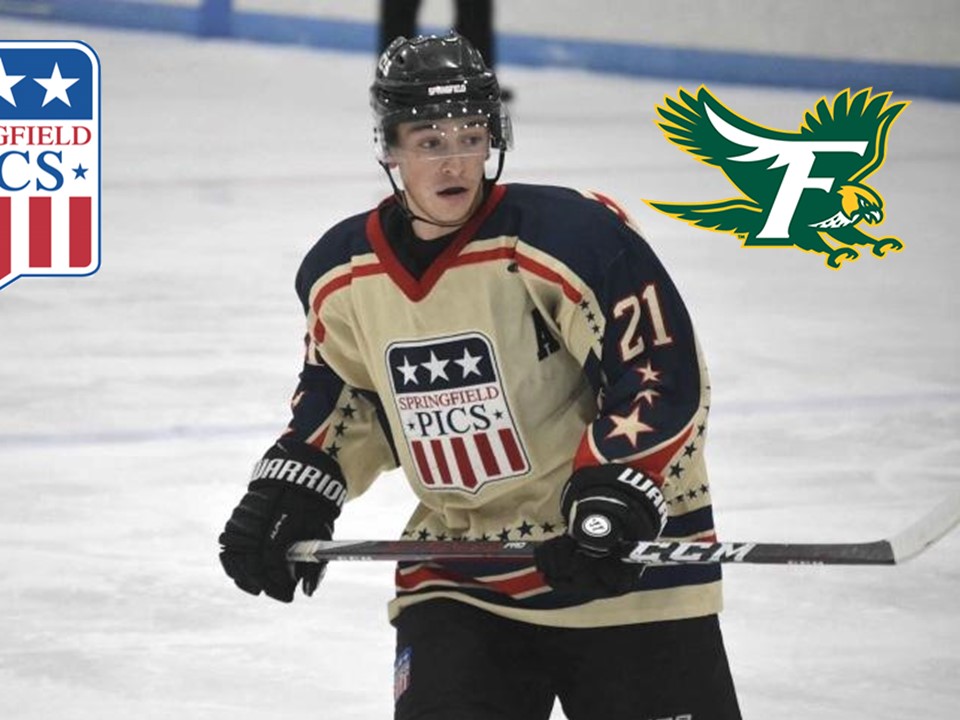 "Gene has played his entire USPHL career with the Pics. In all his seasons, he has been a leader." Coach Sarno was quoted with saying.

Bouthiette has played his entire USPHL career with the Pics, and is currently leading the Premier league with points scored.

"I would like to thank my father Ernie and his family for all the support they have given me all these years." Gene was quoted saying.

"I am really excited to bring Gene into our program. He will be an asset to the organization" said Coach Fuller of Fitchburg State.

CONNECT WITH US ON SOCIAL MEDIA