Spirin named USPHL 16U Goalie of the Week

Springfield Pics 16U goalkeeper Ilya Spirin was named the USPHL's goalkeeper of the week for the week ending October 21. 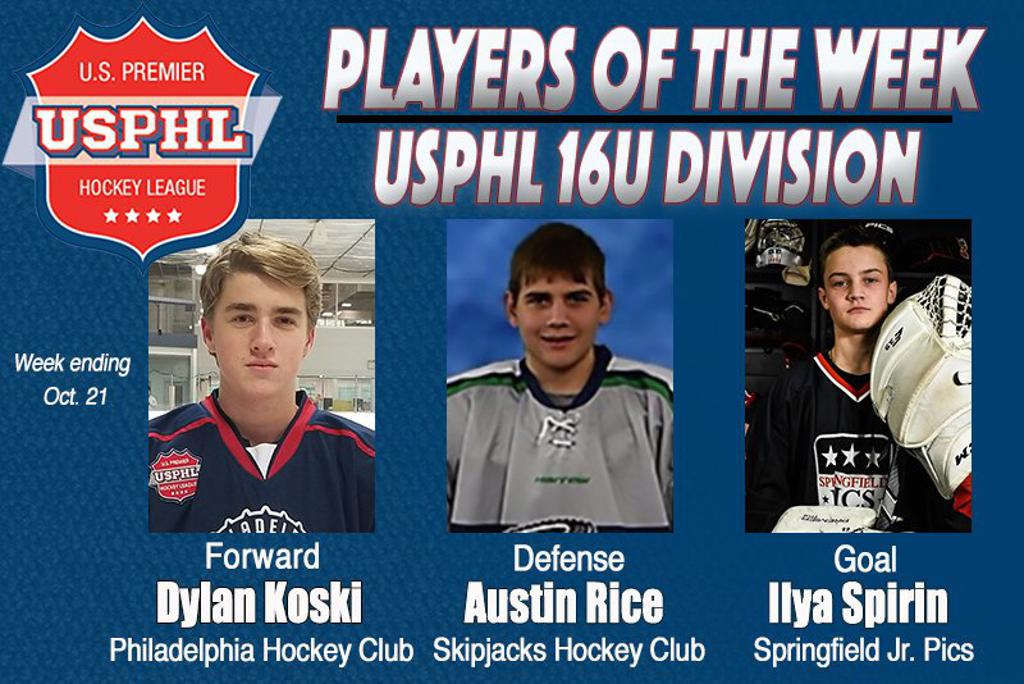 The 2002-born native of Perm, Russia, put up back-to-back shutouts of the Connecticut Junior Rangers over the weekend, including a 22-save performance in the second game of the series.

Spirin's record on the campaign is 3-1-0; in the one loss, he allowed just two goals, and has not given up a marker since, shutting out three consecutive opponents.