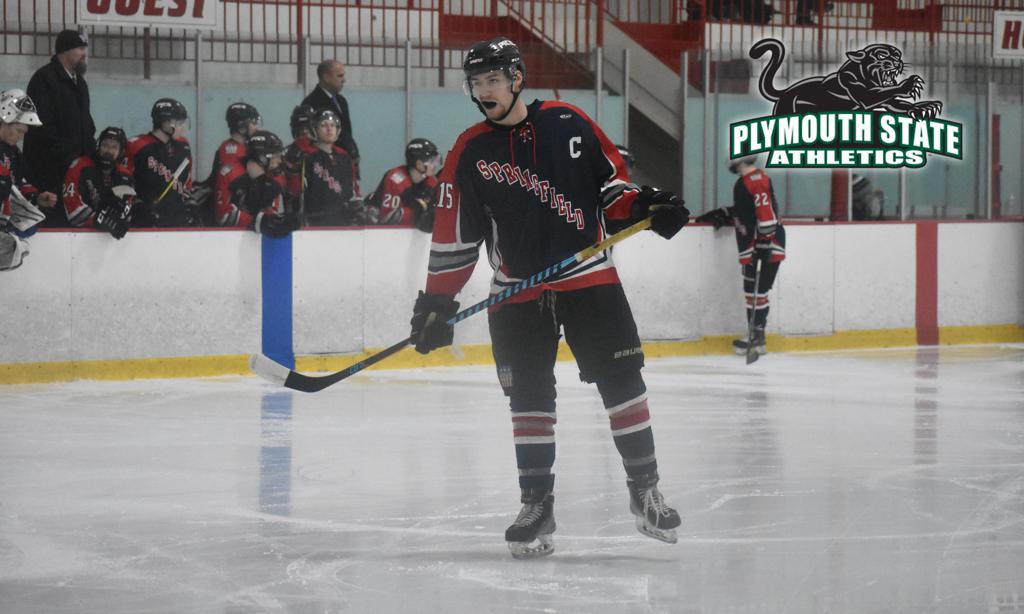 “After watching a game and touring Plymouth State I really liked the culture of their program, everyone there is determined to win and it will be a fun atmosphere to be a part of,” DeWitt said of his choice.

Plymouth State plays in the highly competitive Massachusetts State Collegiate Athletic Conference (MASCAC) and finished with a record of 19-5-2 overall, including a conference-best 15-2-1 mark in league play in 2017-18.

DeWitt spent two seasons with the Pics, appearing in a total of 83 games from 2016-2018. After notching just six points in 34 regular season games in the 2016-17 season, DeWitt scored five points in five playoff games, a harbinger of things to come. He broke out in the 2017-18 campaign, scoring a team-best 23 goals and 37 assists for 60 points as the squad notched a franchise record with 25 wins.

“We would like to wish Grant the best in his next four years at Plymouth State,” team general manager Rob Bonneau said. “Grant was a tremendous leader and team guy for the past two seasons. Plymouth State is getting a power forward that all teams need; he plays in every situation, including at the end of the game whether you need a goal or to preserve the lead, and he also plays both special teams units. He is a complete player.”

“I would really like to thank Coach LaZazzera and Coach Tabb for everything they have done for me during my time in Springfield, not only did they make me a better hockey player but also a better person off the ice. Most importantly, I would like to thank my parents for being in my corner every step of the way,” DeWitt said.