The Springfield Pics 16U and 18U teams moved a step closer to the USPHL title with wins on Sunday, February 18. The 16U squad earned a 6-2 win at Lawler Arena in North Andover, Massachusetts over the Northern Cyclones and the 18U team won 7-3 against the South Shore Kings at the Worcester Ice Center in Worcester, Massachusetts. 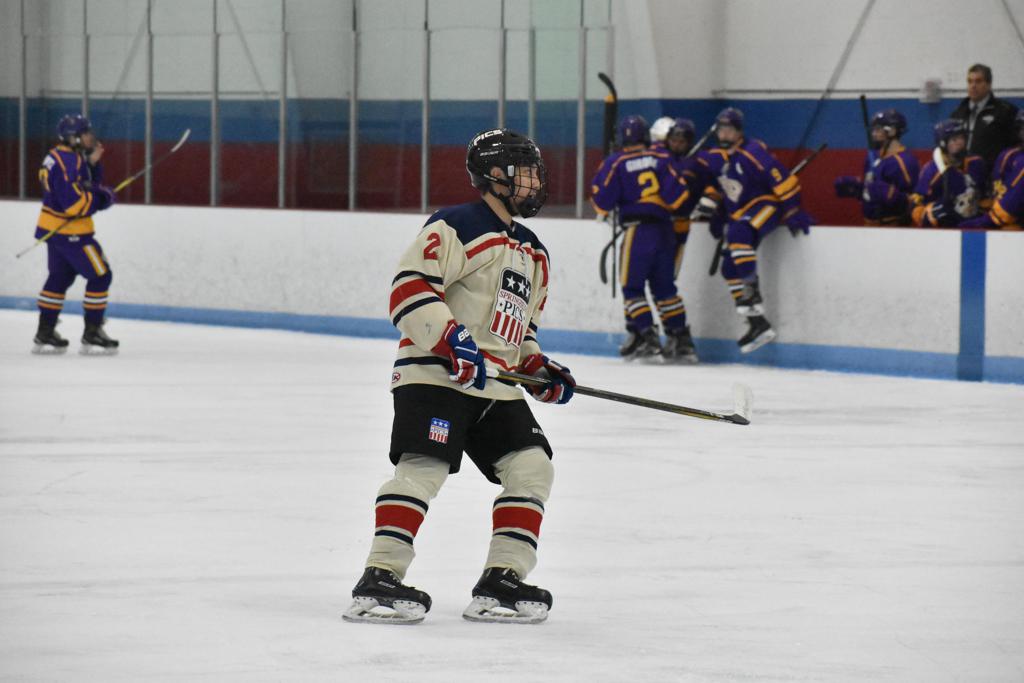 16U: The Pics came out with an early charge and it paid off as Michael George opened the scoring at 2:29 on a feed from Kyle Jarosz. Shortly after, the Cyclones would take a major penalty; though they killed off the five minutes, they took a minor at the tail end of that, and Springfield was able to take advantage of tired penalty killers with a Brock Baumann power play marker at 12:01, set up by Jarosz and Pavel Karasek. The trio would connect again later in the frame, with Baumann scoring his second at 14:19 to extend the lead to 3-0.

Penalties continued to hurt the Cyclones in the second; down two men in the middle of the frame, Jarosz scored a 5-on-3 goal from Baumann and Brenden Meyer at 5:49 and then completed the double power play with another at 6:08 from Baumann and Karasek. The Cyclones did manage to break the shutout late in the frame, as Jon Clement scored a power play goal of his own at 14:43, cutting the Pics lead to 5-1.

Both teams would score in the third; desperate to save their season, the Cyclones pulled their goalkeeper for an extra attacker before the ten minute mark of the third, but Mark McClure buried the empty net tally at 10:22 to put the game out of reach. Clement scored on the man advantage at 14:12 for his second of the day to close out the scoring for the 6-2 final.

In net, Addison Lawrence stopped 21 of 23 shots for the Pics to earn the win, while Grant Linville made 21 saves on 26 shots for the Cyclones in the defeat.

18U: The playoff opener between the Pics and the Kings may as well have been billed as the Nikita Kobzar show. Julian Perino opened the scoring late in the first on a power play, tallying the opening goal at 16:06 from Kobzar and Kenny Cavers.

In the second, Kobzar ensured that no one would have to wait for the red light, scoring at 0:49 from Zack Magyar and Dom Ingham. The Kings responded with a goal of their own from Nick Pennucci to cut the deficit to 2-1, but Kobzar closed out the period’s scoring at 13:54 on a play from Cavers and Chase Reynolds to restore the two-goal edge.

Kobzar would not need long into the third to cap the hat trick; he scored on a power play just 0:35 into the third from Cavers, and then returned the favor later in the frame by setting up Cavers for a goal at 8:46 that was also assisted by Alec Curry to build the lead to 5-1. Brad Grant then scored at 11:46 to pull the Kings within three.

South Shore pulled out its goalkeeper to try to come back late in the frame, but they only succeeded in allowing Springfield to pad the score; Dom Ingham tallied at 13:32 from Nick Lopes and Gene Bouthiette, and then Bouthiette scored from Jack Gao and Kobzar at 13:44. Ryan Leonard did have a late power play tally for the Kings at 16:21, but it was too little, too late as the Pics advanced with the 7-3 win.

Connor McAnanama turned aside 24 out of the 27 shots he faced to earn the victory in Springfield’s net, while Cam Kessler absorbed the loss for the Kings, stopping 24 of the 29 shots that he faced.

NEXT UP: The teams both play USPHL Quarterfinal games on Monday, February 19, with 16U battling the Rochester Monarchs at 12:00 p.m. at Gallant Arena on Merrimack College’s campus in North Andover and the 18U squad taking on the Northwood at the Ice Vault in Worcester.