It was a strong weekend for the entire Pics organization, as the four squads combined to go 9-3 over the last three days, including perfect marks of 2-0 and 4-0 for the Premier and 16U teams. 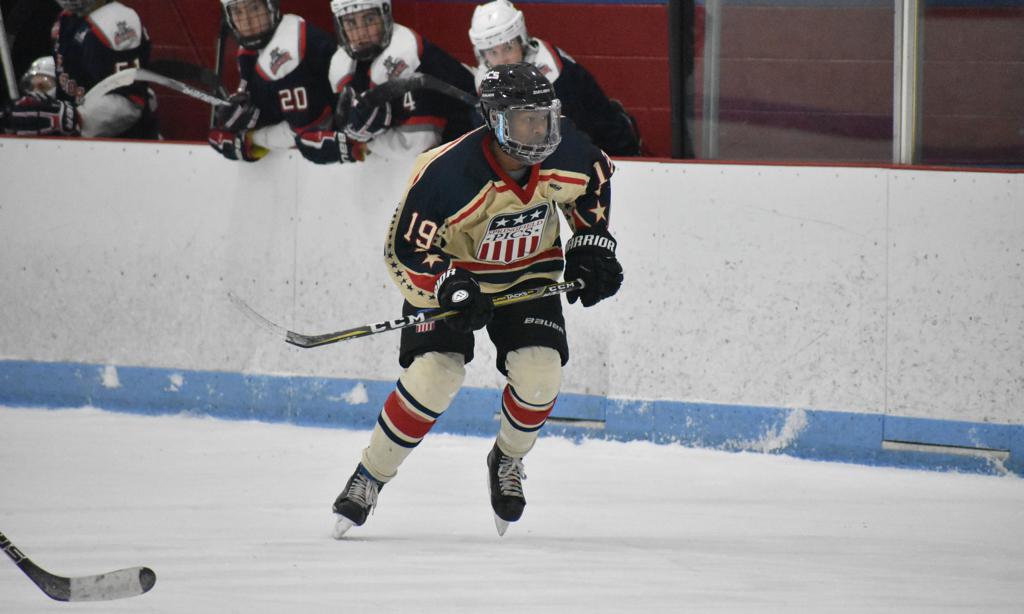 PREMIER: The Pics Premier squad closed in on a playoff berth with a 4-1 win over the Hartford Junior Wolf Pack on Saturday, February 3 and followed that with a thrilling 2-1 overtime victory at the Northern Cyclones on Sunday, February 4.

The Pics got off to a quick start in Saturday’s game, as Mike Wilson fired a shot just inside the blue line that eluded Hartford goalkeeper Alex Toueg at 1:27; Brian Scoville and Mike Skarbek earned assists on the play. Later in the period, after a brilliant effort by Simon Berglind to keep the puck in at the blue line, Luke James fed Grant DeWitt for a snapshot that tickled the twine at 14:59 and put the hosts up 2-0.

DeWitt would finish a play Berglind started in the second frame as well, extending the Pics lead to 3-0 with a deft wrister at 9:25. Alex Seibel also picked up an assist on the goal.

Liam Christiano did break the shutout early in the third, jamming in a wraparound at the right post at 1:43, but that was the only blemish on an otherwise stellar night between the pipes for Sawyer Schmidt, who stuffed 28 Wolf Pack shots, including 14 in the third. Ethan Cervonayco sealed the deal with an empty-net tally from a Seibel clear at 18:55.

A quick turnaround was in order for the Pics, who then faced the Northern Cyclones in Hudson, New Hampshire for an 11 a.m. Sunday start, and both teams were angry in the first, with 28 PIM handed out, but no goals. The scene was calmer in the second, though once again the goalkeepers held the door shut.

That changed quickly in the third; on a power play, Skarbek jammed in a shot that was set up by Cervonayco and Mike Wilson for a 1-0 lead at 1:09, only to see the Cyclones respond on the very next shift, as Chris Stevenson scored at 1:43.

Despite power play chances and shots aplenty for both sides, neither team would score again; the Cyclones took a penalty with 4.2 seconds left in regulation, however, which proved to be the host team’s undoing, as Brian Scoville’s power-play bid from the left point found the net at 1:54 of the extra session to give the Pics two more standings points; Cervonayco and Cam Kagan earned helpers on the winner.

Blake Carlson was dialed in against his former organization, stopping 44 of the 45 shots he faced; his counterpart, Nick Howard, made 32 saves in the setback.

The goal also clinched a playoff berth for the team, as the second standings point in the game put the Pics 13 points ahead of the Boston Junior Bruins, who have six games to play.

ELITE: Despite two strong efforts, the Elite squad came up short in two home games against the Jersey Shore Whalers, falling 6-3 on Saturday and 2-1 on Sunday.

The teams traded goals in the first, with Ryan Crane putting the Whalers up 1-0 at 8:41 only to have Springfield tie it at 10:55 on a Branden Weeks goal that was set up by Jared Cournoyer and Cole Lemay.

The pattern repeated twice in the second; Aidan Tolnai scored at 6:57 to put his team up 2-1, but the lead lasted just eight seconds as Gavin Rock streaked in and scored from Cournoyer and Cam Hogan at 7:05; the Pics then took a lead as Cournoyer and Rock set up Mario Metallo on the power play at 10:17, but TJ Evan struck back at 11:37 to even the score.

Unfortunately, the Whalers would pop in the next one as well, as Tolnai scored on the power play at 15:42 to put the visitors up 4-3; they would extend the edge twice in the third, as Kimball Heine and Evan McNamara scored at 3:00 and 18:35 to seal the 6-3 win.

The Whalers also got out to a hot start on Sunday, scoring at 13:22 of the first on the man advantage, as Steven Hollabaugh struck for the opening tally.

Springfield tied the game early in the second, with Andrew Brunelle and Brett Geoffroy setting up Connor Rock for a goal at 3:06. It seemed as though the teams would head into the third tied, but the Whalers broke the deadlock with what proved to be the decisive and final tally of the game at 19:12 of the frame, as Cameron Satkowski scored the winner.

18U: The 18U Pics played four games at the Philadelphia Junior Flyers tournament over the weekend, posting a 3-1 record.

The team faltered in the opener on Friday, finding itself down 2-0 halfway through against the Jersey Hitmen and giving up a goal just 47 seconds into the second half of the game to go behind 3-0 before Chase Reynolds struck for a tally at 1:14; he scored again at 9:29 to bring the Pics within a 3-2 margin, both assisted by Gene Bouthiette, but that was as close as the team would get. The Hitmen sealed the win with a tally at 24:54 of the second half for the 4-2 final.

However, the rest of the weekend was filled with victories. Against the Whalers on Saturday morning, Alec Curry scored twice in the first half of the game, bookending a goal by Nikita Kobzar, and set up a Kenny Cavers goal in the third as the Pics rolled to a 4-1 win over Jersey Shore. Alan Meyer, Julian Perino, and Zack Magyar each had two assists in the win.

Kobzar would open the scoring in the second game that day, striking at 14:41 against Skipjacks HC. The Skipjacks would tie the game late in the frame, but Dom Ingham had the difference-maker at 14:37 of the second half for a 2-1 Springfield win.

That left the Sunday finale, and it was a back-and-forth affair, as Magyar, Bouthiette, and Ingham each scored, only to have the New Jersey Rockets respond with a goal of their own each time. It was only with under six minutes to go that Curry buried the winner, set up by Meyer and Magyar, to propel the Pics to the victory.

16U: The 16U Pics also played four games in Pennsylvania over the weekend against the same four opponents as the 18U team, and they were a perfect 4-0 for the series.

The team opened with a 3-1 win against the Whalers on Friday, as Pavel Karasek and Brock Baumann each had a goal and an assist and Cam Croteau netted a goal as well to provide the edge. That set the stage for a high-scoring Saturday in which the Pics overcame an early 2-0 deficit against the Hitmen to win 5-3. Michael George scored a power play goal to start the pics off, and Karasek had one of his own to tie the game. Spencer Korona scored the next two goals, the first shorthanded, before Daniel French finished off the scoring for Springfield.

The Pics next faced the Skipjacks, and led 1-0 halfway through on a Kyle Jarosz goal before erupting for six in the second half of the game,, as Mark Mcclure, Baumann, Korona, Karasek, Croteau, and Brenden Meyer each scored. Korona had three assists, as did Croteau, while Baumann, Jarosz, Mcclure, and Karasek each had a pair in the 7-3 win.

Sunday’s finale against the Rockets was also a walk-over, as the Pics scored five times in the first half of a 5-2 win. Croteau and Karasek bookended a natural hat trick by Jarosz, and Karasek set up each of the goals. Baumann had three assists in the frame, while Jarosz assisted once as well.

NEXT UP: The Premier and 16U squads host games on Wednesday, February 7, with the Premier team facing the Boston Bandits on Rink 2 at the Olympia Ice Center at 12:30 p.m. and the 16U squad hosting the Islanders Hockey Club on Rink 3 at 8:40 p.m.

The 18U team will visit the Islanders Hockey Club on Friday, February 9 for an 8:40 p.m. matchup, and the Elite Pics have the most time off, with their next game against the Boston Junior Bruins in Boston on Saturday, February 10 at 8:10 p.m.