WEST SPRINGFIELD, Massachusetts – The Springfield Pics Premier team overcame a 3-0 deficit to stun the Islanders Hockey Club by a 4-3 score in a shootout win at the Olympia Ice Center on Saturday, January 9. 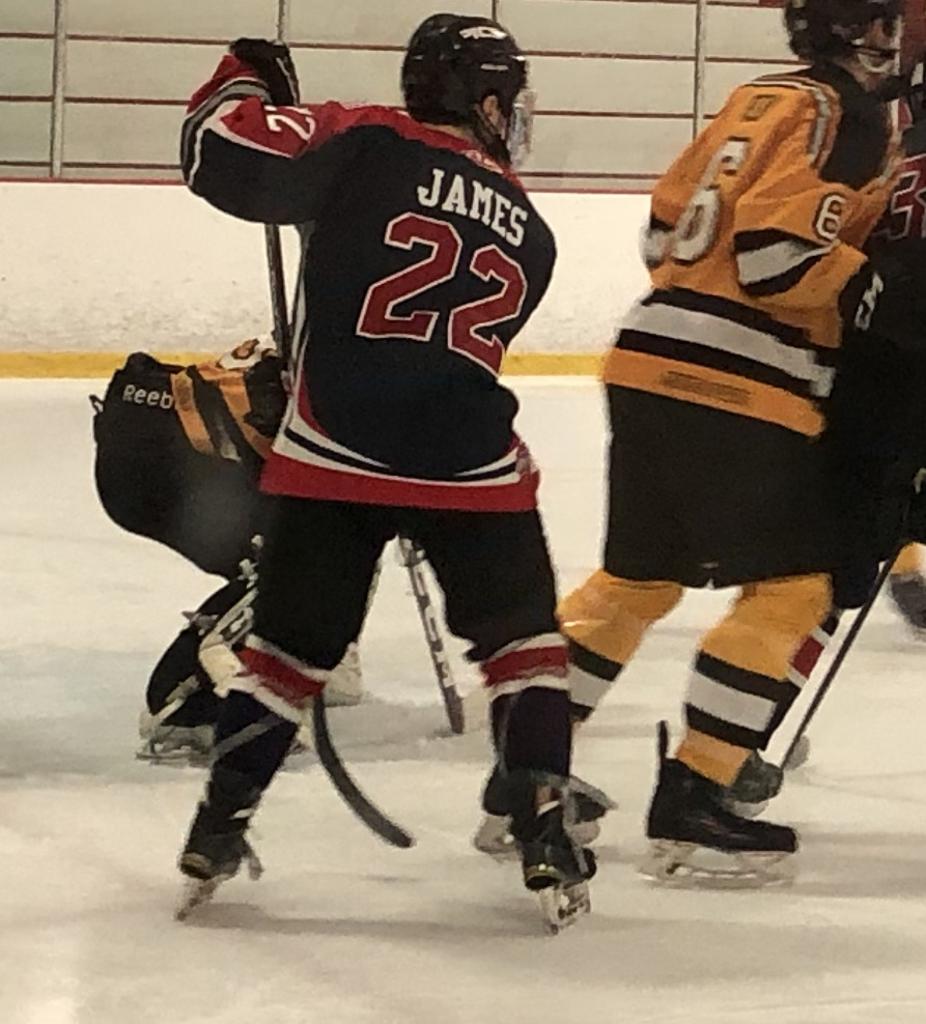 Down 3-1 with barely over a minute to go, the Pics pulled goaltender Sawyer Schmidt for a sixth attacker and defenseman Brian Scoville came up with a slapshot from the right point that went through a screen and over the glove of Ben Nelson at 18:56 to cut the deficit to one. Luke James made the cross-pass to set up the one-timer, with the second assist going to Tomas Libovicky.

On the next shift, the Pics won the draw and rushed into the attacking end; Scoville and Mike Wilson executed a quick passing play and James ended with the puck on his stick in the slot; he ripped it at the target and hit the net at 19:06 to draw the score even.

The Pics had to navigate two penalty kills in overtime and did, holding the Islanders to just three shots in the extra frame to force a shootout. In the shootout, the Pics first shooter, Simon Berglind, executed a nifty backhand move to put his team ahead, and that was all the team needed, as Schmidt stopped all three Islanders chances to earn the win.

Berglind was the one who opened the scoring for Springfield in the third, scoring on a slapshot at 1:31 from Libovicky.

The Islanders jumped on the Pics early to build their 3-0 edge; Chris Melendez, Derek Nuzzbaum, and Ryan Gorbett each scored in the first frame, with Nussbaum and Gorbett tallying just 28 seconds apart in the late stages of the period.

Schmidt made 25 saves in relief to earn the win, allowing no goals; he improves to 7-3-0 on the season with the victory.

The team returns to action on Sunday, December 10, with a 3:15 PM tilt at the Hartford Junior Wolf Pack in Cromwell, Connecticut.