TYNGSBORO, Massachusetts – The Springfield Pics Premier squad scored a 3-2 victory over the Jersey Shore Whalers in USPHL action on Thursday, November 9 at the Skate 3 Red Rink. 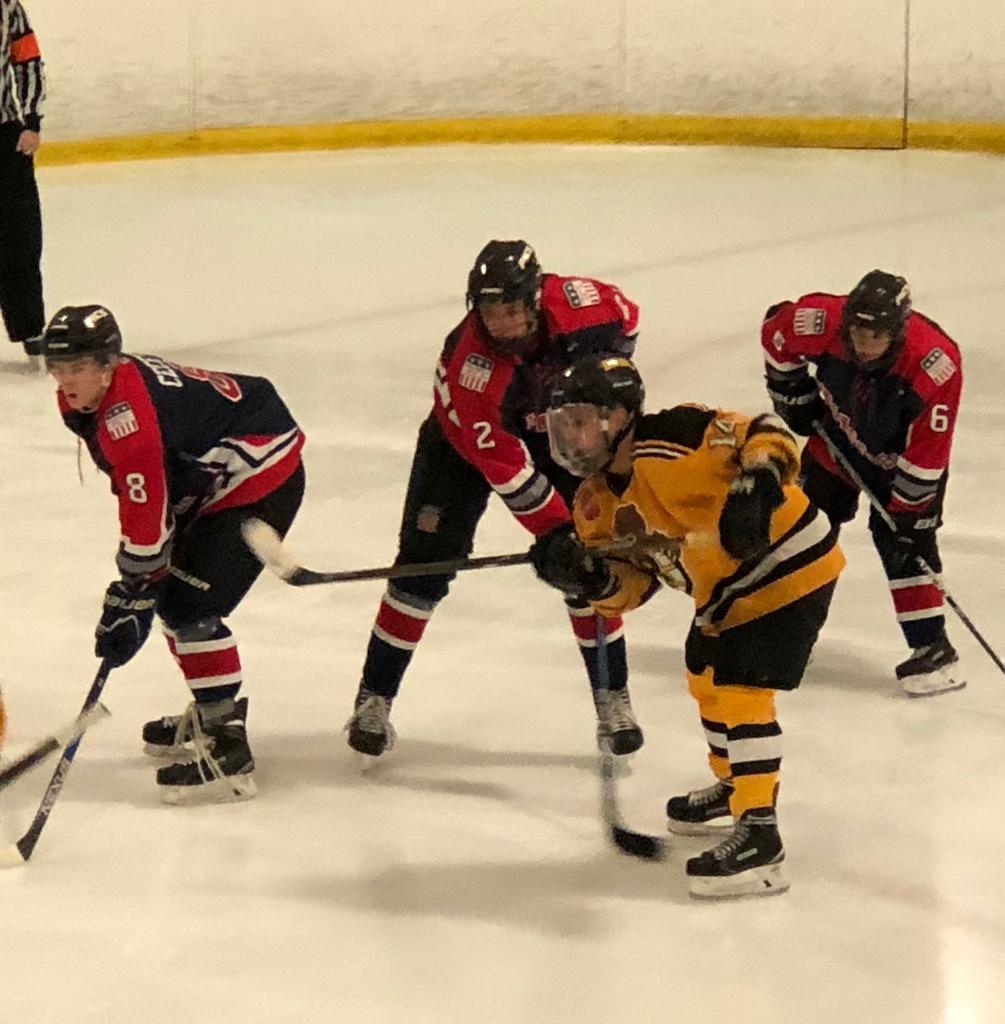 Tied 2-2 late in the contest, Mike Skarbek played the role of hero, snapping home the winning shot at 24:37 of the second half of the game for an unassisted winner, his second of the contest and third of the year in his first game since being traded from the Junior Bruins to Springfield.

Luke James got the scoring going for Springfield on a goal that was set up by Ethan Cervonayco and Brett Geoffroy at 5:20 of the first half of the game. The goal was James’ sixth of the season; Skarbek’s first tally with the Pics came shortly thereafter at 14:46, with Simon Berglind netting the lone assist. The Whalers scored at 17:35 thanks to Dylan McDonald, who then set up the tying power play marker by Tom Holowchuk at 4:44 of the second for the Whalers.

Springfield returns to Tyngsboro for three games in two days beginning Sunday, November 12 at 1:30 p.m. against the Rochester Monarchs; the Pics will also play the Potomac Patriots at 7:00 p.m. and then the Jersey Hitmen the following day at 10:20 a.m.