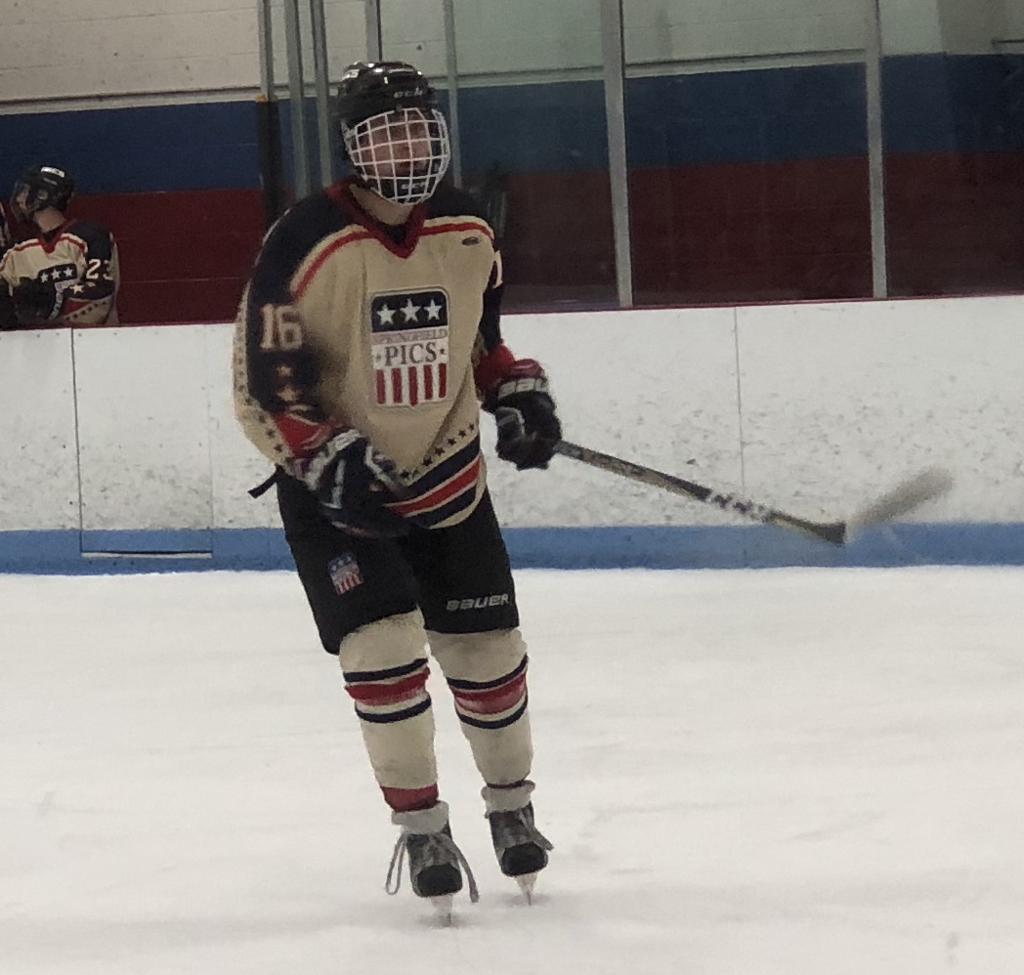 The Pics and Wolf Pack battled to a stalemate until late in the first, when defenseman Tomas Libovicky’s snap shot found a way through a screen and into the Hartford net at 16:03, with assists to Kirill Gusarov and Alex Peresunko. Less than three minutes later, Peresunko pushed a pass back to Libovicky at the left point, and his heavy slapshot was deflected by captain Grant DeWitt for the 2-0 lead at 18:37.

The second period was similar in tempo to the first, and with similar results; after a series of penalties resulted in a four-on-four, Josh Miller stole a puck on the right-wing boards and dished an indirect pass to Luke James for a breakaway; he dragged a backhand through the goalkeeper’s legs at 11:35.

The Pics second line continued to push, and generated another goal as a net-mouth scramble led to a tap-in tally from Ethan Cervonayco at 16:45, assisted by James and Mike Wilson. The third line then found a way onto the scoresheet, as Jan Novotny and Alex Seibel set up Nick Heminger to finish a three-on-two at the 19:00 mark for a 5-0 lead. DeWitt had a potential sixth goal waved off as the puck crossed the line after the horn sounded.

Hartford finally got on the board at 3:52 of the third, as Jackson Nee slammed back a rebound, but the Pics only increased the score from there; Berglind rifled a shot home from the slot at 6:12 from Peresunko and DeWitt, and then at the 7:56 mark, Gusarov’s shot tickled the twine for his first Pics goal, on a pass from Max Moriarity.

Peresunko then added a beautiful individual effort goal midway through the frame, stripping a Wolf Pack forward of the puck, dancing by a defenseman in the slot, and roofing a backhand at 10:08.

Late in the frame, the Wolf Pack took a roughing penalty, and the Pics sent a message, sending the top PP unit out. They made short work of Hartford’s PK unit, as Peresunko’s left-wing slapshot hit the net at 17:30, from Seibel and DeWitt. As if to prove a point, Seibel and DeWitt then set up Berglind’s second of the game just 22 seconds later to give the Pics an even 10 goals.

Springfield outshot Hartford 43-22 in the win; Sawyer Schmidt made 21 saves to earn his second victory in as many days.

Alex Peresunko regained control of the Premier Division’s goals lead with his two goals for 21 on the year; his five points put him one back of the USPHL scoring lead with 34 in just 17 games.

The Pics keep the USPHL slate going with a tilt next Sunday, November 5 against the Junior Bruins at the New England Sports Center at 12:20 p.m.