SPRINGFIELD, Massachusetts—The Springfield Pics Premier squad scored in every period and led nearly from start to finish in a 5-3 victory over the Islanders Hockey Club in USPHL action at the Olympia Ice Center on Saturday, October 28. 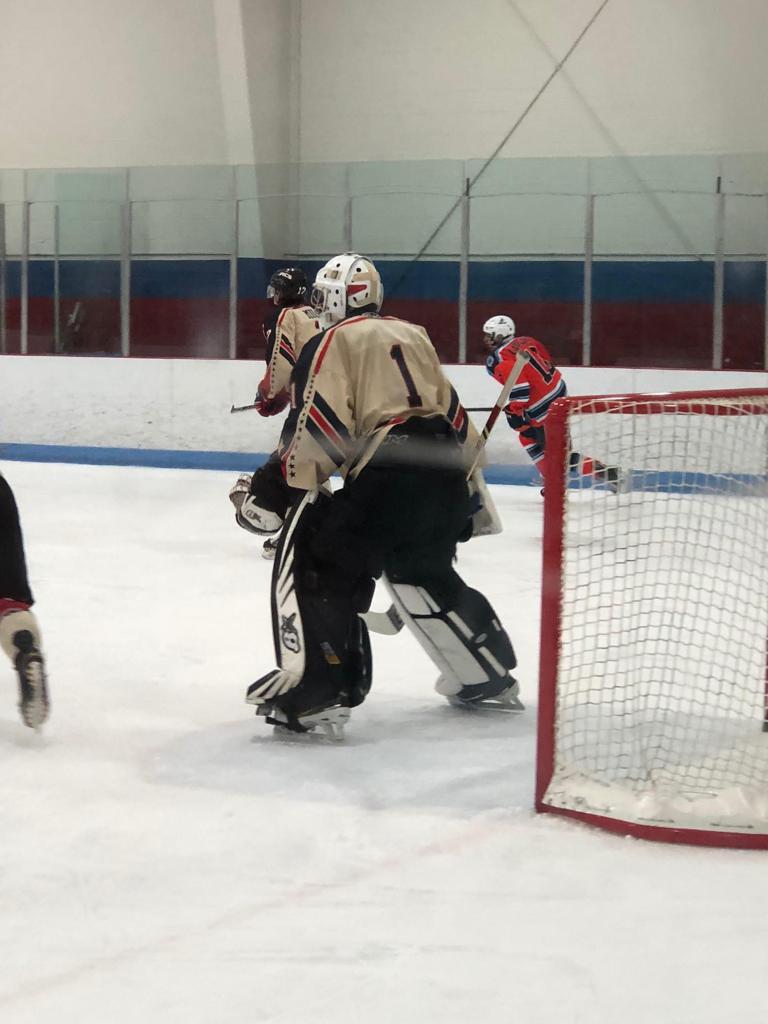 Springfield improves to 7-9-0 on the season.

Though the Islanders had a handful of chances in the first ten minutes, it was captain Grant DeWitt getting the scoring started with a finish on Jan Novotny’s pass at 8:34 of the first; Tomas Libovicky started the play and had the second assist. Less than four minutes later, Josh Miller started a rush with a pass to Alexander Peresunko; he skated in on the left wing and cut around a defenseman before passing across the slot to an open Simon Berglind, and Berglind ripped home his second goal of the year off the pad of Islanders keeper at 12:04.

The Islanders came out with determination in the second period, and midway through it paid off as defenseman Nick Wardstrom banged in a rebound at 10:46 to cut the deficit to 2-1. However, Springfield’s top line responded quickly. DeWitt sent a pass to Berglind, who in turn hit an open Peresunko for a one-timer that found twine to restore the two-goal edge at 13:20. A minute later, Luke James sprung a two-on-one with a left-wing pass to Michael Wilson, who waited out the defenseman and flipped a cross-crease pass to Ethan Cervonayco at the top of the paint; Cervonayco buried the one-timer at 14:21 to put the Pics up 4-1.

The Isles had one more goal in them before the end of the second, as Mike Zamponti popped in a tally at 16:03. That gave them life, and they pushed, drawing two penalties in succession in the third. The Pics once again weathered the storm, killing the power plays thanks in large part to Sawyer Schmidt’s outstanding goalkeeping.

The increasingly desperate Islanders kept driving, pulling the goalkeeper for a sixth attacker later, and it paid off with a goal at 19:17 by Jason Bilski, who pushed home a rebound on a wraparound. However, the next shift belong to the Pics, as Berglind stole a puck behind the net and got it to DeWitt, who cut in front before backhanding a pass to Peresunko in the slot. Peresunko did not miss, blowing a slapshot high blocker at 19:36 to give the Pics back the two-goal edge and the 5-3 win.

Schmidt was brilliant in net, making 48 saves in the win.

The Pics return to action on October 29 at 4:10 p.m. with a home game against the Hartford Jr. Wolf Pack.

RT @WolverineHockey: Congrats to Wyatt Friedlander for signing with the Springfield Pics for the 2020-2021 season. Wyatt really embraced…

@WolverineHockey Welcome to the Springfield Pics!

A huge congratulations to all of our high school seniors on our Elite and Premier teams!