Forward is the lone returner from 2016-17 squad

SPRINGFIELD, Massachusetts—The Springfield Pics Premier squad will be captained by Grant DeWitt, head coach Mike LaZazzera announced on September 15, ahead of the team’s season opener against the South Shore Kings at the Foxboro Sports Center on Sunday, September 17. 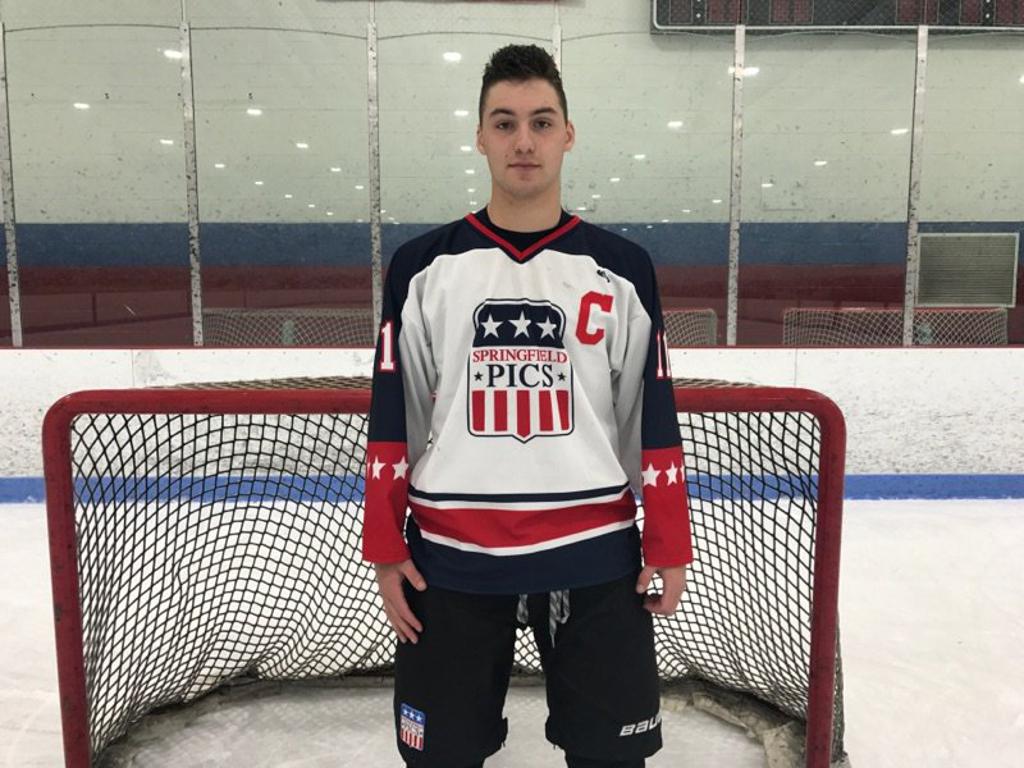 DeWitt played 34 games last season for the Pics, notching four goals and two assists for six points. He is the lone player on this year’s team to return from last year’s squad that reached the USPHL Premier Semifinals. In his five playoff games, DeWitt added in two goals and three assists.

“It’s a big honor. Our captains last year set a great example,” DeWitt said of being named captain, adding that “Being the only returner is a big responsibility. We had a great season last year and we want to get back to that point and beyond.”