HAVERHILL, Massachusetts—The Springfield Pics U18 squad won the East Coast Classic Labor Day Cup by posting a 7-1-0 record over the four-day tournament, including a 4-0 win in the championship game against the New England Nordiques Blue on Monday, September 5. 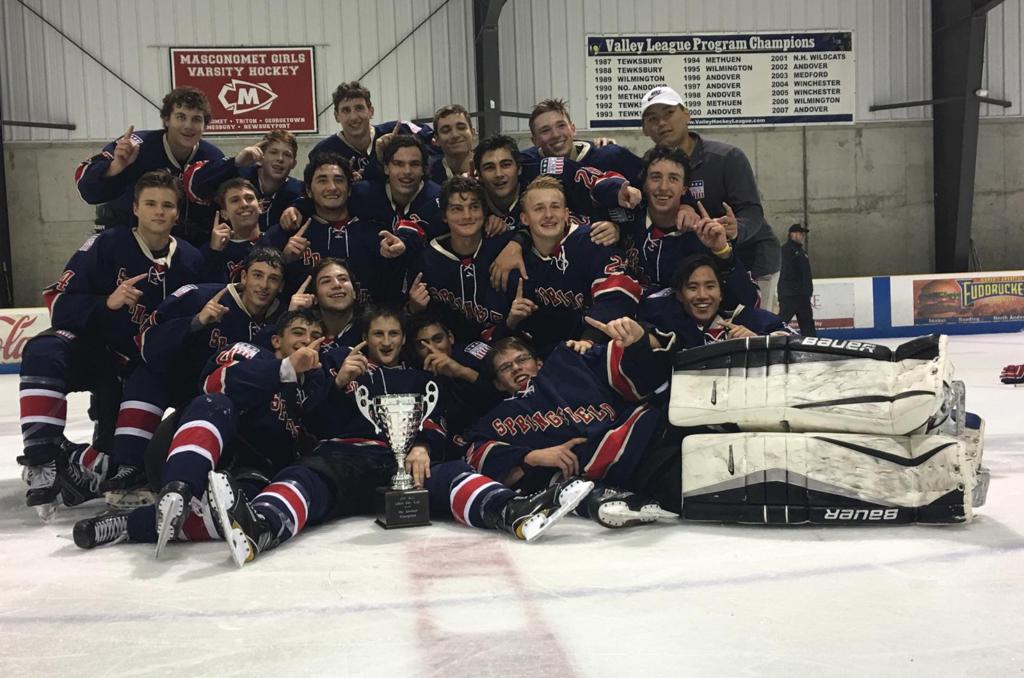 Facing the New England Nordiques Red team in the second game the next day, the Pics had plenty of offense, including a pair of markers by the team’s leading scorer, Alex Peresunko (Kharkov, Ukraine), but the Nordiques scored six times in a 6-4 victory over the Pics. However, Springfield bounced back, holding the Rhode Island Hitmen to just twelve shots in a 6-1 win in their third game; Peresuinko scored two more times and added an assist, while Alan Meyer (Jacksonville, Florida), Max Moriarty (East Longmeadow, Massachusetts), Zak Magyar (Enfield, Connecticut), John Arciszewski (Ludlow, Massachusetts), and Julian Perino (Prospect, Connecticut) each had two points. Goalkeeper Adam Faust (Southington, Connecticut) stopped 11 shots.

On the final day of pool play, Springfield opened against West Haven. The Pics rolled to a 3-1 win; Faust again stopped 11 shots, while Janis Vizabellis (Riga, Latvia) scored the winner and assisted on both of the other goals, and Gene Bouthlette (Enfield, Connecticut) scored and added a helper on the winner. Springfield then played the final game of the afternoon against the Elite Hockey Split squad, winning 5-1 as Noah Hemenway (Wilbraham, Massachusetts), Magyar, and Bouthlette each had a goal and an assist while McAnanama stopped 19 shots.

That advanced the Pics to the semifinals, where they played the most thrilling match of the tournament. Tied 2-2 after regulation, Alex Curry scored his second goal of the game in the extra session, with assists to Peresunko and Moriarty, to propel the Pics into the title game.

Facing the Nordiques, the Pics were well-prepared, and it showed in a 5-0 win that was never in doubt; McAnanama made 19 saves in the shutout as the Pics tallied twice on the power play, sandwiched around a shorthanded goal. Magyar had the first two goals of the game and added an assist, while Moriarty rang up three helpers.

In total, Peresunko and Moriarty shared the points lead for the Pics in the tournament with 11 each in the seven games; Peresunko had six goals to top the team, while Moriarty had a team-best nine assists. Arciszewski had six assists to lead the team’s defensemen in scoring.

The Pics U18 squad officially opens the 2017-18 USPHL season on Saturday, October 7 against CP Dynamo.

The Springfield Pics organization, founded in 1971, has helped develop the skills of numerous hockey players of all ages and sent hundreds of players to the NCAA and beyond. Two of the program’s alumni, Bill Guerin (1985-1989) and Ron Hainsey (1996-97) were members of the 2017 Stanley Cup Champion Pittsburgh Penguins.