WEST SPRINGFIELD, Massachusetts--The Springfield Pics are proud to announce that forward Scott Swanson has committed to Norwich University for this fall. The highly talented forward found his way to Springfield’s top line this season, scoring 17 goals and adding 17 assists for 34 points in 44 games in his second season with the team after scoring four goals and three assists for seven points in 33 games during the 2015-16 campaign. 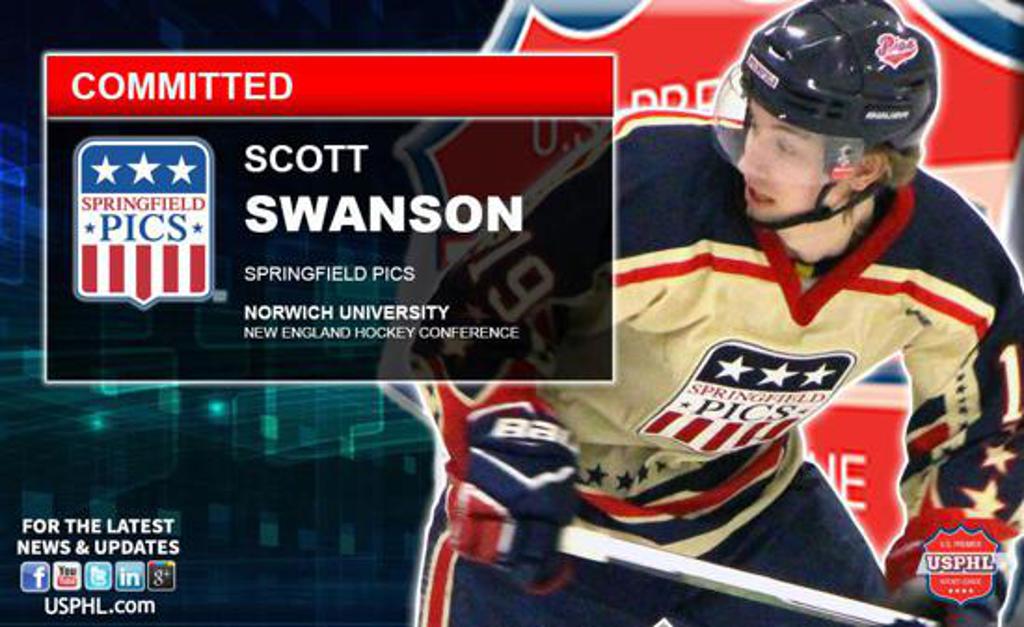 “I am very excited to be attending Norwich University next year. From the hockey to the classroom, I will be challenged to excel. I would like to thank Coach Tabb and the Springfield Pics, along with my past coaches for giving me the opportunity to play at this level,” Swanson said, adding that “I'd also like to thank my parents for supporting me through this process, as this would not have been possible without them. Go Cadets.”

“We would like to congratulate Scott and his family on this accomplishment. He joined our program from the Chicago Fury and spent two seasons with us,” said Pics head coach and general manager Patrick Tabb. “Day in and day out, ‘Swanny’ is looking to outwork you, whether it's on the forecheck or backcheck; he is a 200' player who prides himself on his daily compete level. Coupling that with his character and skill set has led him to earning a commitment from the current #1 ranked DIII team in the country. We wish him the best of luck at Norwich!”