The Springfield Pics are proud to announce the commitment of Matus Hadusovsky to the American International College Yellow Jackets. Matus will play next year in the NCDC with the affiliate of the Springfield Pics, the Twin City Thunder of the Lewiston/Auburn region of Maine. 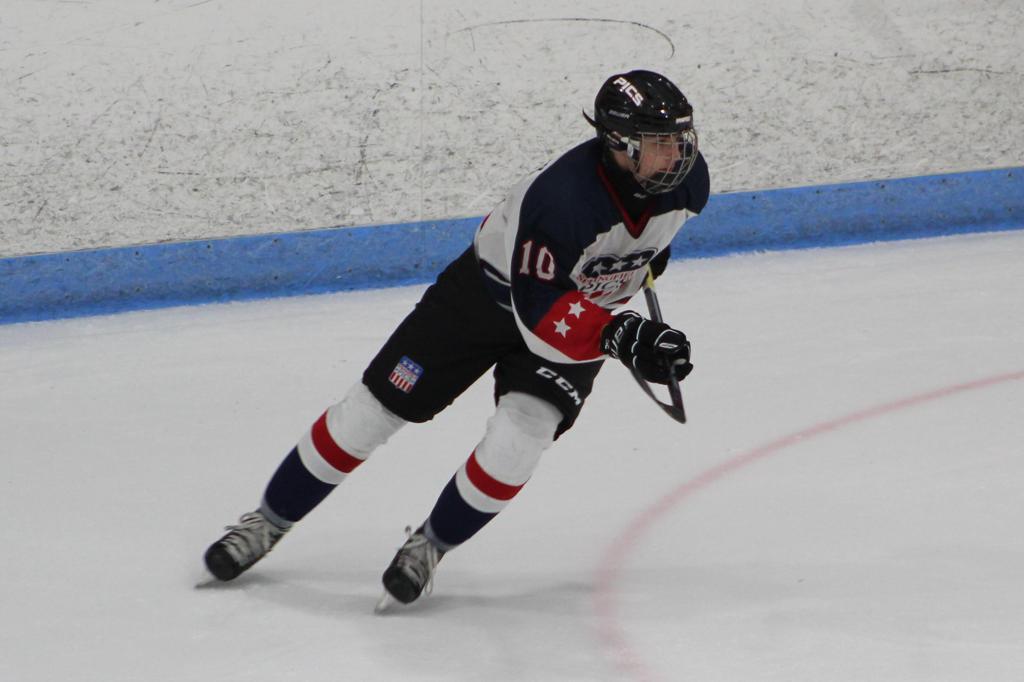 Hadusovsky, a native of Spisska Nova Ves, Slovakia, played one season with the Pics, notching an astonishing 41 goals and 26 assists in 27 games. He also played two games on the Elite level, scoring in his first game on the Elite level. He additionally was named to the U16 All-Star game, being named the MVP for his performance. He was also part of the American Conference championship team, as well as capturing the league goal title.

“Matus had various offers from other Division 1 schools, but he felt AIC was the perfect fit due to their small class sizes. Additionally, he enjoyed the fact that there were other players from Europe. He also enjoyed the excellent coaching staff the Yellow Jackets had to offer.” Coach John Sarno had to say regarding Hadusovsky.

Sarno was additionally quoted saying “Each week, my brother (Anthony Sarno, co-coach of the U16 squad) and I watched him get better, improving his release time and growing his hockey IQ. We wish him the best of luck at AIC, and look forward to seeing him on the ice”

“Matus had a great season for the U16 squad, and he was rewarded with his commitment to AIC. It was enjoyable and impressive to watch his growth throughout the season. We wish Matus the best of luck next season with Twin City and with AIC the future.” Springfield Pics General Manager Rob Bonneau was quoted.

Matus was asked about his experience with the Pics and was quoted saying “My time with the Pics organization was amazing. They have a great background, great hockey, and great people who you can talk about all your issues all the time. This was my first year in America, and it was excellent. The coaching team was excellent, and I have never had a better coach in my life. They have excellent conditions for hockey, and I was completely satisfied with the Pics. The most important thing was that John and Anthony Sarno helped me, which led me to get the offer for an NCAA D1 school, which is a dream come true. I would like to give a huge thank you to the entire Pics organization, especially the Sarno brothers. This has been the best season I have ever had.”

The Springfield Pics organization would like to congratulate Matus again, and his him the best of luck in his hockey career.