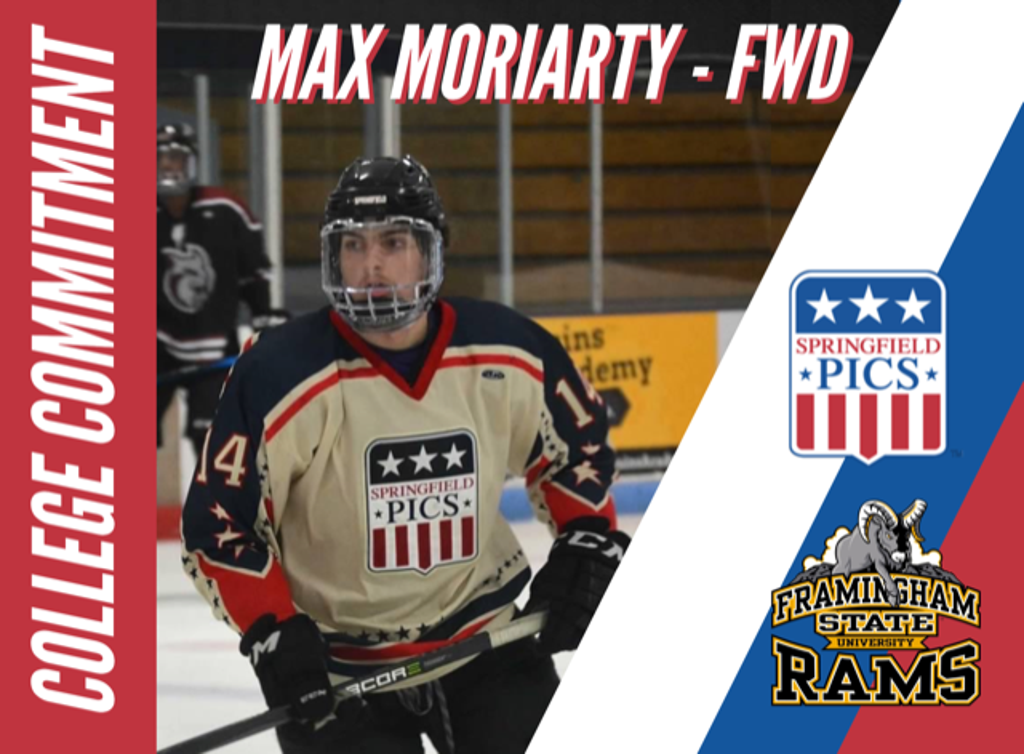 The Springfield PICS are proud to announce that the 2000 born East Longmeadow native, Max Moriarty has committed to Framingham State University, joining Lukas Radina and Julian Perino. The 6’0 Moriarty has played his entire junior career with the Pics, starting from the U16 level, then transitioning to the U18 level, then playing on the Premier level this year. He has scored a total of 103 career points (47g, 56a). The Framingham State University Rams play in the ECAC Hockey Division III conference.

Mike Bailey, head coach for the Rams was quoted saying, “Max is a big powerful forward 6" 200 pounds, who is the hardest working player on the ice every shift.  Max's ability to protect the puck with his big frame coupled with his offensive skills is a rare combination.  He goes to the net like a freight train often putting the puck in the net (16 goals).  Max's 31 assists are an example of is high hockey IQ. Max is a true gentleman off the ice and team first approach will pay big dividends for the Rams.”

Premier coach and General Manager Rob Bonneau was quoted saying “Max is a product of trusting the process, taking the advice of his teammates and coaches. He is a product of the Pics developmental program. He is a non-stop player who brings energy to the game and can score goals. He is an extremely physical player.”

The Springfield Pics congratulate Max Moriarty and wish him all the best.