The Springfield Pics had an outstanding weekend to end the month of February. On Feb. 23, their 16U team won the USPHL 16U American Division Championship. 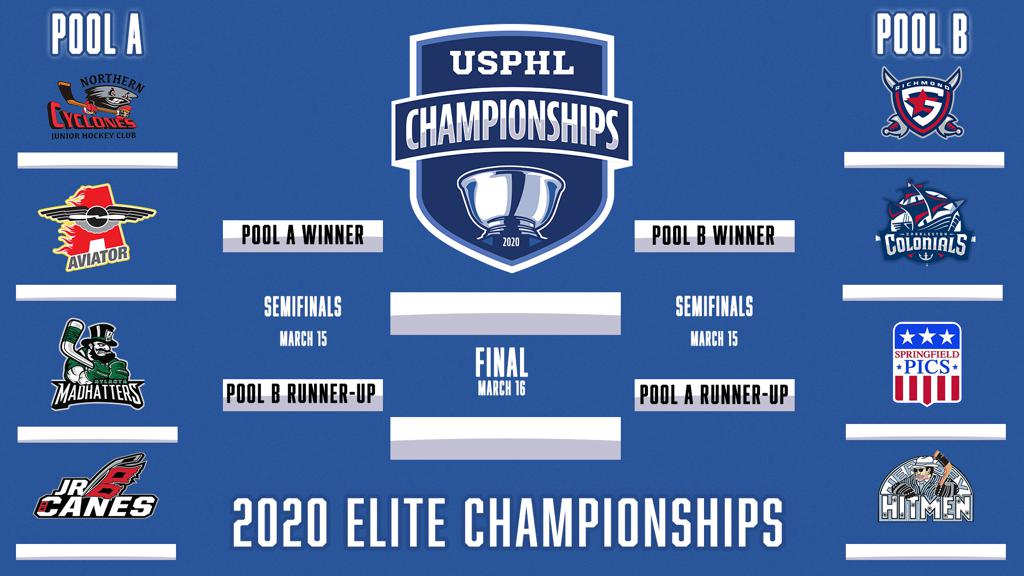 Just five days later, the Pics swept the Boston Bandits to move on to the USPHL Elite National Championships.

The Pics dominated both games, 6-1 and 3-1. The Pics held a 3-0 lead for most of Game 2, with the Bandits scoring one for the road to close out an otherwise impressive season.

Now, with that series win under their belt, the Pics were spending the first weekend of March practicing towards their Nationals run. Soon, they’ll be joined on the Olympia Ice Center practice schedule by their USPHL Premier brethren, as well, after that team won its series, giving the Pics organization decidely rare (for this year) representation at the National Championships, to be held at Merrimack College March 12-16.

Eleven different players registered points during the two-game series against the Bandits, underscoring Head Coach John Sarno’s faith in his team’s ability to score from everywhere.

“Our main strength is having depth,” said Sarno. “Our concerns are staying focused and working hard for two weeks until the tournament starts.”

The Pics were led by many of the same players who kept the pedal down all season in Springfield, including Conor O’Brien, who posted five points in the Bandits series. Aleksis Burkits scored three goals and added one assist in that series.

From the defense, the Pics have gotten two-way play and offensive numbers all year from Luc Fricchione and Louie Pelland. In the goal, any one of Sam Zavelson, Cameron Schnopp and Elijah Rapaport have game-stealing abilities. Zavelson earned the two wins against the Bandits.