Winner of Best-Of-Three goes to Nationals 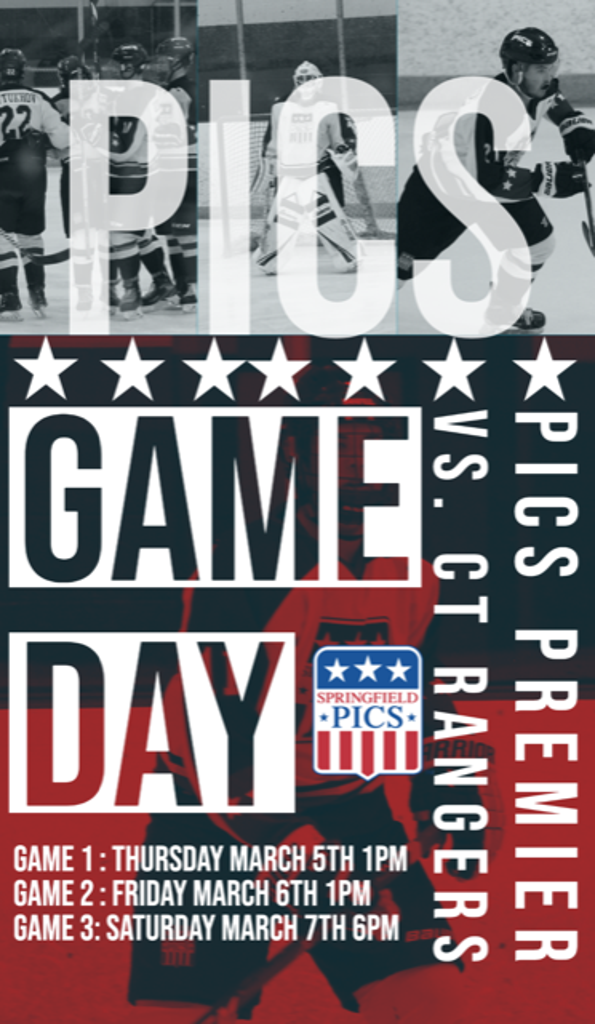 The Springfield Pics will be facing the Connecticut Junior Rangers in the final round of “best of three” for entrance into the Premier National Championship. The Rangers swept their opponents, the Connecticut Nighthawks to draw the Pics in this round.

Over the season the Pics dominated the Rangers, defeating them all four times. The Pics outscored the Rangers 18 – 9, with the win on January 19th being the largest margin of victory. Defense was the name of the game as Matthew Jonas only faced 16 shots, saving all but one of them. The Pics peppered the Rangers with 42 shots.

The Pics come in with fresh legs, and a high amount of momentum after winning three of four of their games at the final Premier showcase.

The Pics play the Rangers Thursday and Friday at 1pm, and Saturday (if necessary) at 6pm. Video coverage will be available on HockeyTV.