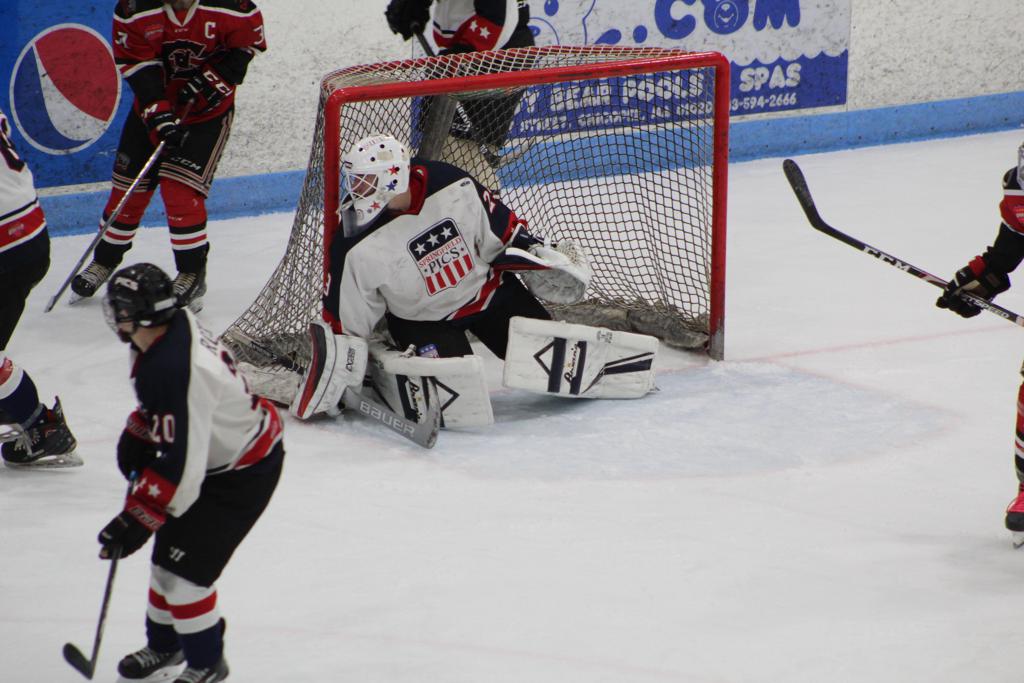 Hunter Dodds opened up the scoring just a few minutes past the halfway mark of the 1st period, receiving a feed from Kade Bacon which beat Bandits goaltender Mike Varveris.

Connor O’Brien scored, what turned out to be the game winner with just under 4 minutes to go in the 2nd period. Bacon notched his second assist of the evening.

Louis Pelland then scored what would be the insurance goal with just 1:15 remaining in the 2nd period. Cam Pelky got the assist.

Dylan Hernandez-Ramirez broke the shutout with just under 7 minutes remaining in regulation when he was able to get the puck past Sam Zalverson through traffic. Adam Mazurowski got the assist.

Both sides were playing a physical game, each drawing a number of penalties throughout the matchup, with the Bandits only able to convert on one of them.

Mike Varveris stopped 52 out of 55 shots he faced, while Sam Zalverson stopped 41 out of 42 shots.

The Pics will have a week and a half off before pool play starts in the Elite Championship series, in which the Pics know only of their opponents as of the end of the day Friday, the Jersey Hitmen. The Pics are 4-1 against the Hitmen in regular season play.

The Pics will know who they will face in the remaining two games of pool play by the end of the weekend at the earliest, and by Monday night at the latest.