Pics clip the wings of the Nighthawks

The Pics clipped the Nighthawks’s wings on Friday night, defeating them 8 – 2. 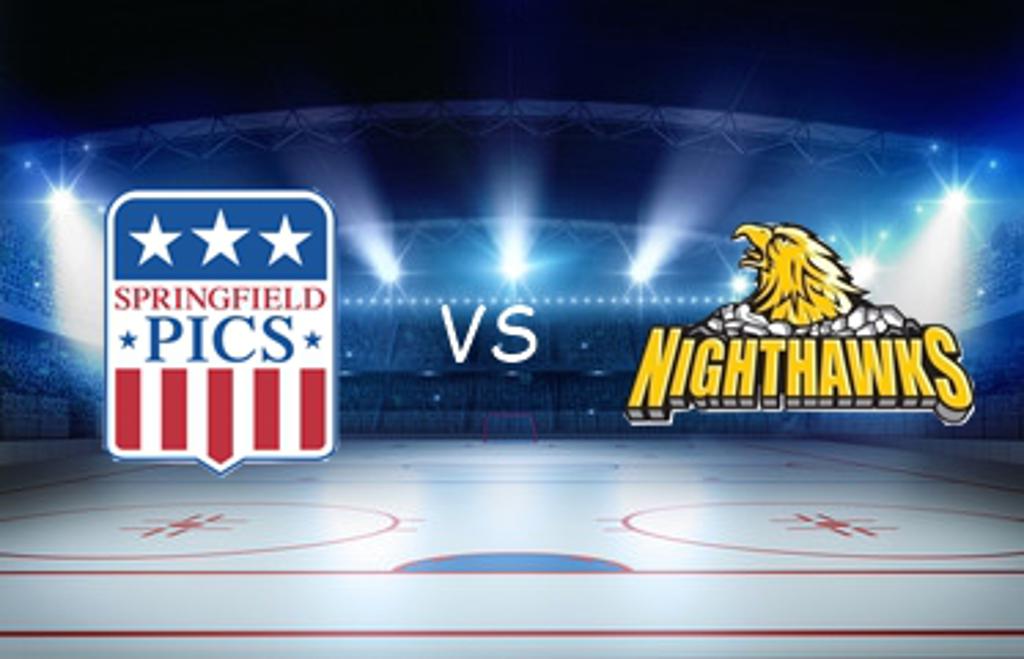 The Pics struck first when Julian Perino broke down the wing and shot it, rebounded off to Max Moriarty who passed it off to Rasmus Persson who deposited it into the practically empty net when the goaltender came out of his crease to get the rebound.

Brandon Derdiger got the second goal when Zomick was screened off a slew of shot attempts when it rebounded to him. Dom Ingham and Joe Bouchard got the assists.

Just under two minutes later Max Moriarty scored when he was able to push a weak shot past Zomick from right in front of his crease. Cam Pelky and Brenden Meyer got the assists.

Kyle Nelson scored two minutes later while the Pics were on the power play when there was a tic-tac-toe play set up. Brock Baumann and Matthew Gerst got the assists.

Casey Sturgeon scored just 40 seconds later when he broke down the right-wing and lofted it past Zomick just past the face off dots in the offensive zone. Meyer and Moriarty got the assists.

Quinn Sandor broke the shutout at the halfway point of the 2nd period. Matt Loftus and Cameron Sporbert got the assists.

Brock Baumann struck back just almost 6 minutes into the 3rd period after a battle in the corner boards for the puck. Chase Reynolds and Matthew Kowal got the assists.

Persson got the Pic’s seventh goal with just over 5 minutes remaining in the game when he got the shot rebound from Nicholas Lopes. Max Moriarty got the assist.

Brandon Derdiger got the final goal of the game when he shoved the rebound in. Kyle Nelson and Ryan Moorhouse got the assists.

The Pics face the New York Aviators in a crucial matchup, with playoff placement implications next weekend at the Aviator Sports arena.