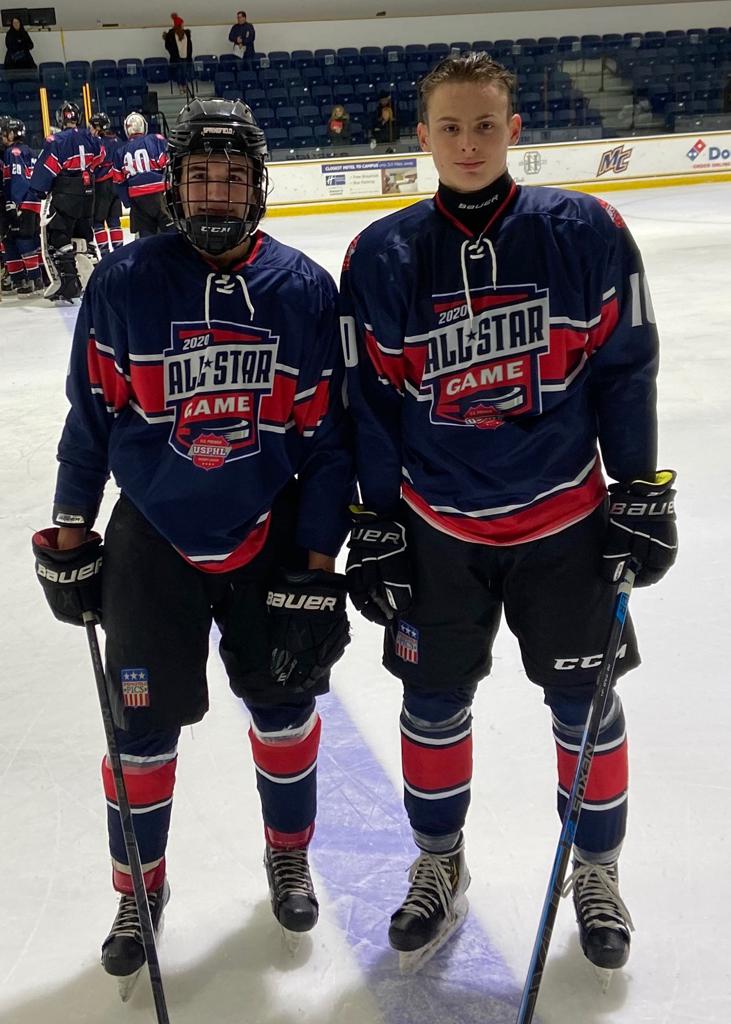 The Premier squad was swept by the New York Aviators on Friday and Saturday but exacted revenge upon the Connecticut Junior Rangers. Friday the Pics lost 7 – 4, with Lukas Radina obtaining a hat trick in the loss. Saturday, Matthew Kowal spoiled the shutout bid early but fell 4 – 1.

Sunday was a different story, as the Pics scored 6 straight goals, to swing momentum throughout the whole game the Pics’ way as they defeated the Rangers 6 – 1.

Radina contributed three times, with two goals and an assist, while Brock Baumann got what would be the game-winning goal with just 8 minutes remaining in the 1st period.

The Premier squad only have one game next weekend on Sunday, as they travel down south to face the Connecticut Nighthawks.

The Elite squad went 2 – 1 in extended weekend action, defeating the Junior Bruins and Boston Bandits, but falling to the Northern Cyclones.

On Friday, it was “pic”ture perfect for the Pics, as they defeated the Junior Bruins 3 – 0 at the Olympia. Connor O’Brien scored twice, and Derek Boutin put the nail in the coffin as Elijah Rapaport turned aside all 24 shots he faced for the shutout.

Sunday’s action was a different story, as it was a back and forth action, as the Cyclones opened up the scoring with three in a row, but the Pics returned the favor with three goals in under a minute, with five seconds between the 2nd and 3rd goals, but the Cyclones netted the game-winning goal at the 12:10 mark of the 3rd period as the Pics fell to the Cyclones 5 – 4.

Monday’s action was filled with goal-scoring, and penalty box action, but the Pics came out victorious 6 – 5 against the Boston Bandits. Six different goal scorers contributed, with Connor O’Brien scoring the game-winning goal with just under 4 minutes remaining in the game.

The home portion of the Elite squad closes out this weekend with two games against the New Jersey Hitmen, with Saturday’s game being the USPHL/HockeyTV game of the week.

The Pics defeated the Boston Bandits Sunday afternoon, 13 – 0. Since the 11th the Pics have not allowed a goal, outscoring their opponents 32 – 0. Jan Hunor and Matus Hadusovsky both got hat tricks, while Carter Hanrahan and Rihards Purgailis both got 6 points on the night for the win.

Both Carter Hanrahan and Matus Hadusovsky both were selected to the U16 All-Star game, playing for Team National. Both scored a goal and an assist each, with Matus Hadusovsky sharing the MVP title.