WEST SPRINGFIELD, Massachusetts – The Springfield Pics, proud members of the United States Premier Hockey League, are proud to announce that Premier team member John Arciszewski has committed to Post University of the Northeast-10 division of the NCAA. 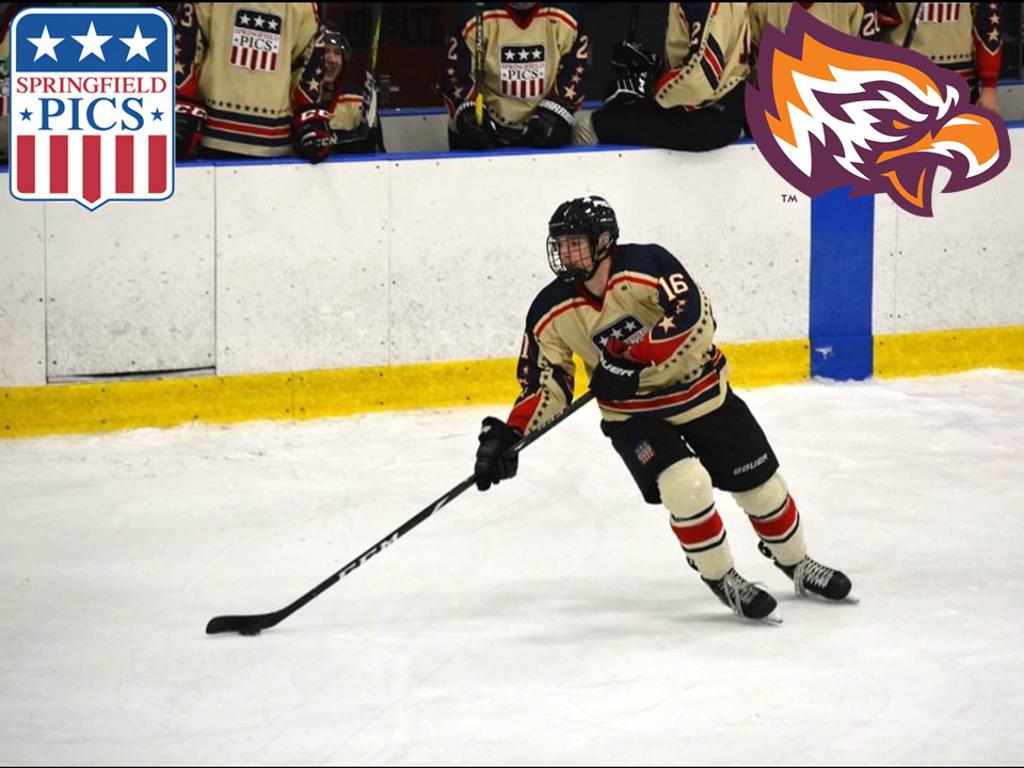 John played four seasons with the Springfield Pics, one at the U16 level, two at the U18 level, and one at the Premier level.

“I would like to thank my parents for all the support and commitment. They were a huge part in allowing me to reach my goals, and achieve an opportunity to earn a college degree, as well as play hockey at the NCAA level. I would also like to thank both Coach and General Manager Rob Bonneau, and Premier Coach John Sarno for all that they have done.” Says Arciszwski in a statement.

“I am very proud John and all his accomplishments. He is a very hard-nosed, smart defensemen.” quotes Premier Coach John Sarno.

Head coach of Post University Hockey, Peter Whitney was quoted with saying “We are excited to have John join our Post family. We love his character. Hockey wise, he plays the game the right way. His hockey vision, and ability to read and make simple plays will translate great to the college game.”